The State which had the pride of being the home to Rishies like Vyas, Prashar, Vashist, Markandey and Lamas, Himachal is popularly known as Dev-bhumi (Land of Gods) in India. Himachal Pradesh is a beautiful hill state in northern India nestled in western Himalayas. The state is landlocked with the Tibetan plateau tothe east, Jammu and Kashmir to the north, and the Punjab to the west. However the state stands apart from its neighbours in terms of its sheer topographic diversity and breathtaking pristine natural beauty. From vast tracts of high-altitude Trans-Himalayan desert to dense green deodar forests, from apple orchards to cultivated terraces, from snow capped high Himalayan mountain ranges to snow fed lakes and gushing rivers. Contact us for Shimla Manali tour packages and Dalhousie Dharamshala tours packages, we will work it out for you

Morning tour of Shimla -. Kalabadevi Temple, Jakhu Temple, Hanuman Temple or stop for a while at the beautiful stained – glass - windows of Christ Church, which was built in the 1850 ‘s. Afternoon excursion to Kufri a 30 Minutes drive from Shimla, an exotic of nature as a place surrounded by dense forest and snow capped mountains amidst virgin peaks and natures flora and fauna where one can completely relax and tune oneself for natural beauty, evening free to enjoy the scenic beauty of Kufri. Overnight at Hotel in Shimla.

In the morning drive to Manali take you to the valley of Gods, is a combination of natural splendor and rich cultural heritage. On arrival check-in at the hotel. Rest of the day at leisure. Overnight at the hotel.

Walk through town visiting newly constructed Buddhist Monastery. Hadimba Devi temple-It is small temple situated in the dense forest is very interesting. Hadimba is said to be the wife of Bhīma from the epic of Mahabharata. Vashist, it is an extremely picturesque little place clinging to the steep hill side. On the way up to the village you come upon the Vashist hot baths where a natural sulphar spring is piped into a modern bath -house. Dinner and Overnight at Manali.

Full day tour of Rohtang Pass – The majesty of the mountains and the glaciers can be seen at their best; you have next two hours to enjoy this snowy haven. Take a sledge ride down the slopes, try your luck climbing the little snow hills. On your descents to Manali, halt at the Rahalla falls and Solang Valley. The Magnificent views and natural beauty are a never-ending source of delight. Also halt at Marhi, Ralha falls, Nehru Kund. Return to the hotel for Overnight stay at Manali.

After breakfast depart for DALHOUSIE. Visit Kangraji JAIN Temple And Fort Arr and Enjoy the climate of Dalhousie. Night halt.

Full day sightseeing to Khajjiar, 18 kms from. Dalhousie. It’s one of the most scenic saucer shaped Plateau and is surrounded by dense pine and deodar forests, its beauty has further been enhanced by a small lake in the center with a floating island and 9-hole golf course here are the other interesting places to cover. Return to Dalhousie and overnight at the hotel.

After early breakfast proceed to Amritsar, Enjoy lunch on the way. Later visit Indo-Pak Wagah Border to watch Flag Retreat Ceremony- Wagah, an army outpost on Indo-Pak border 30 Kms from Amritsar where the daily highlight is the evening "Beating the Retreat" ceremony. Soldiers from both countries march in perfect drill, going through the steps of bringing down their respective national flags. As the sun goes down, nationalistic fervor rises and lights are switched on marking the end of the day amidst thunderous applause. Return to hotel. Overnight stay in Amritsar.

After breakfast proceeds for city tour with the blessings of Golden Temple-the most important Sikh shrine which is also called Mecca for the Sikhs is a living symbol of the spiritual and historical traditions of the Sikhs. Then visit Jallianwala Bagh- where, on April 13, 1919, British and Gurkha soldiers opened fire on an unarmed forbidden gathering, killing hundreds of civilians. After lunch Dropping to Delhi/ASR Airport. Arrive Mumbai with Sweet Memories of your tour conducted by SU MAN TOURS 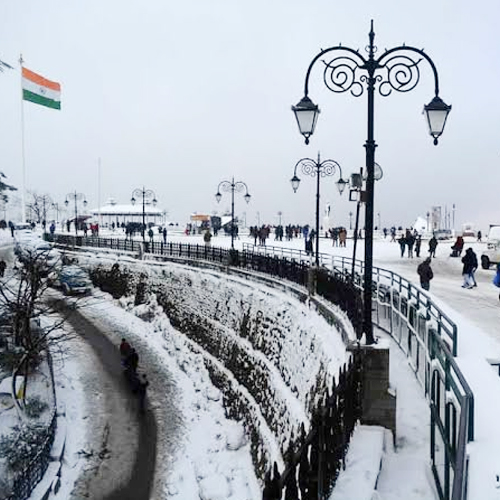 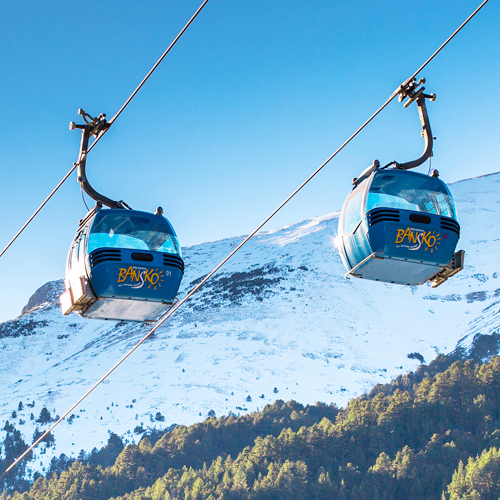 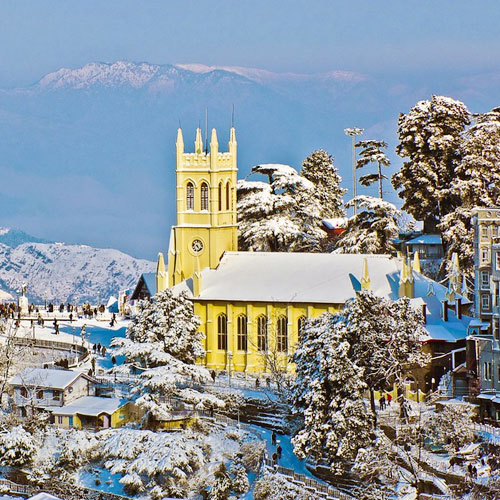 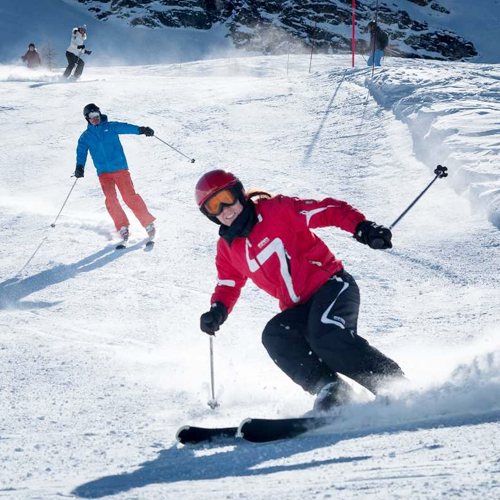 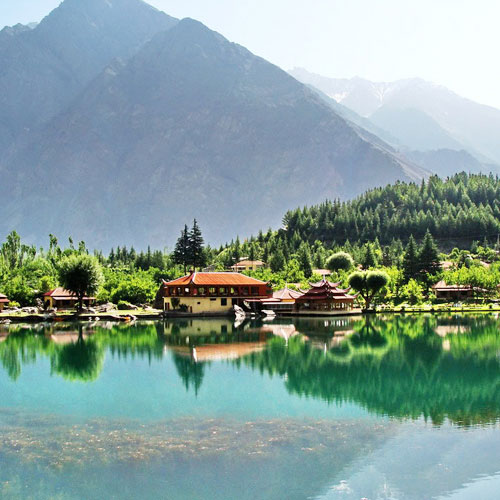 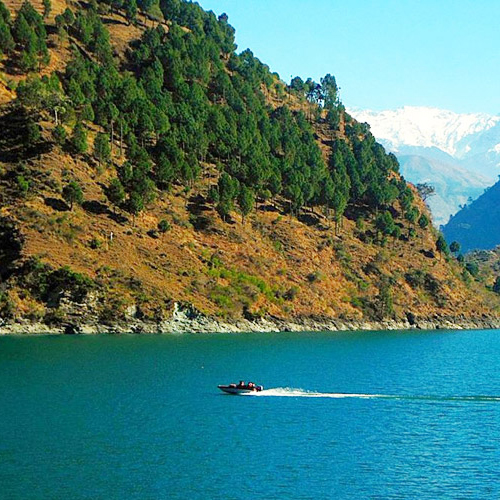 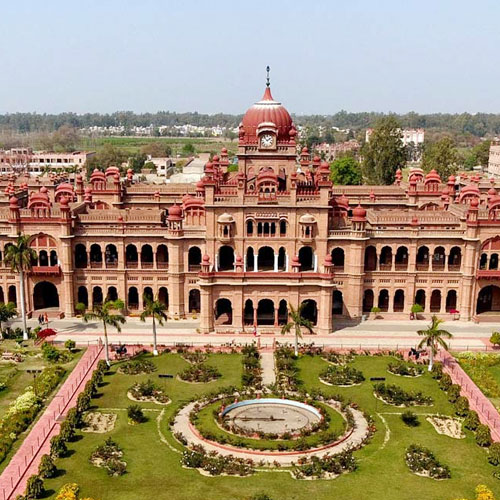 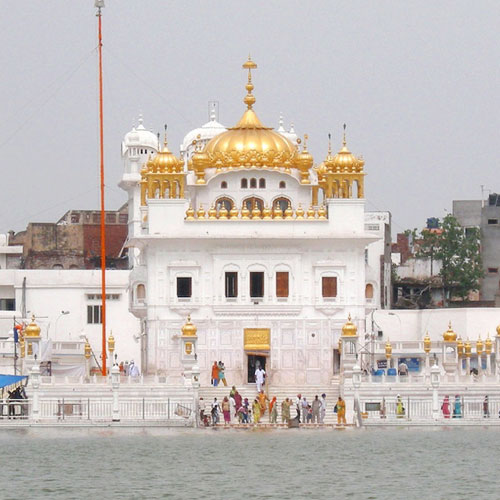 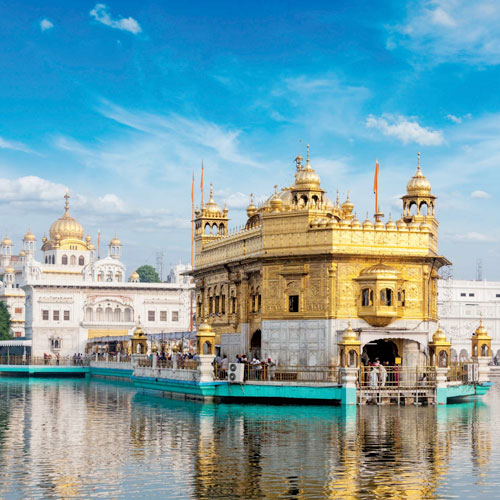 Note : Rights Of Change In Programme And Hotels Is Reserved

“Your Satisfaction is our Moto”