Baku, the capital and commercial hub of Azerbaijan, is a low-lying city with a beautiful coastline along the Caspian Sea. The country of Azerbaijan lies at the cross roads of Europe, Asia & Middle East.

Baku is a giant mix of cultures. Some people consider Baku a “Mini Europe” in regards to tourist attractions but there are many other things to do here that will keep you busy and entertained. At Su-Man Tours & Travels you will get the best sight seeing Azerbaijan Tours Packages.

Get together at 1 am at Mumbai international airport (terminal 2). Gate no. 3 and meet our representative. He will be with you throughout the trip. Dept by AIR ARABIA towards Baku. Arrive at Baku Airport by 10.50. After immigration and custom procedure transfer to the Indian Restaurant for Lunch by Indian Chef. Later transfer to Hotel for Check-In.

In the Evening you will head for your city sightseeing tour. We start with “Alley of Martyrs” in Highland Park. This is the most picturesque corner of Baku. National assembly also transliterated as milimaklis, Flame towers and boulevard.

Later you will see Baku Crystal Hall from Highland Park - an indoor arena in Baku, Azerbaijan.

You will also visit the Flag square. The flag at Flag Square was considered to be the highest flag in the world in 2010 and was also recorded in the Guinness Book of World Records.

Post Breakfast, you will visit the Old City also known as “Icheri Sheher” or the Inner City. It is a unique historical ensemble right in the center of Baku, at the heart of the city. Here you will find cobblestone streets, narrow winding alleys, boutique houses, and tons of local shops cafes and restaurants.

Heydar Aliyev Center Tour continues with the visit to the charming example of modern architecture. It was designed by Iraqi-British Architect Zaha Hadid and is well known for its distinctive architecture. (frominside) The Park outside this modern building is very popular with the tourists and best to enjoy the Azeri atmosphere. Enjoy Dinner at an Indian Restaurant by Indian Chef Transfer back to your Hotel. Overnight in Baku.

Breakfast at Hotel. Tour starts with The Temple of Eternal Fire – Ateshgah, an authentic Azerbaijani exotic. The temple in its present state was built in 17th – 18th centuries. Based on Indian inscriptions, the temple was used as a Hindu and Zoroastrian place of worship. Drive to Azerbaijan Carpet Museum displays Azerbaijani carpets and rug items of various weaving techniques and materials from various periods

Bibi-Hayat Mosque Post Lunch, you will visit the Bibi-Hayat Mosque – historical mosque in Baku. The existing structure, built in the 1990’s, is a recreation of the mosque with the same name built in the 13tH Century by Shrivanshahs. EVEN Visit to "LITTLE VENICE" in Baku Boulevard which is a small town built in 1960. The town has two large and several small islands. Boats are provided for 4 people: one is designed for guide and the rest - for passengers

Ferris Wheel Later proceed for a Ferris wheel Ride and enjoy breathtaking views of this beautiful City. It has 30 cabins and it is at a height of 60 mts. Proceed for Dinner in Indian Restaurant by Indian chef.

Yanardag - Fire Mountain Yanardag is a natural gas fire which blazes continuously on a hillside on the Absher on Peninsula. Enjoy Lunch at an Indian Restaurant by Indian Chef.

Baku Late Night Tour Post Dinner, you will get to witness Baku in its complete glory. With lights on all buildings lit up and the city completely changing its image from that of a historical town to one on the prowess of becoming the tourist destination to go to.

Breakfast at Hotel Departure for Gabala.

En-route transfer to Indian Restaurant for Dinner Transfer back to the Hotel. Baku

Gobustan is best known for being the home to the famous rock petroglyphs. You will visit the Gobustan open air Museum & the 3D museum. The area has been settled since the 8th millennium BC. I t is known for hosting thousands of rock engravings spread over 100 sq.km depicting hunting scenes, people, ships, constellations and animals. Its oldest petroglyphs date from the 12th century BC.

Enjoy Lunch at Indian Restaurant in Baku by Indian chef.

Mud Volcanoes Tour Home to nearly a one third of the world's mud volcano's, Azerbaijan features a messy, bubbling, and sometimes explosive landscape. Enjoy a dip and collect this mud which is therapeutic and helps healing in joint pains while also making your skin glow !!! Enjoy Dinner at Indian Restaurant in Baku Overnight in Baku.

Breakfast at the Hotel. Visit to Genclik Mall located in 10 minutes distance form city center with taxi AND LATER Transfer to the Airport for a flight back home with wonderful memories of Azerbaijan with SUMAN TOUR & TRAVELS 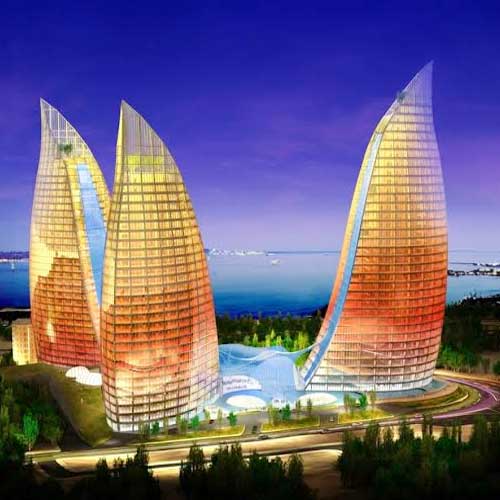 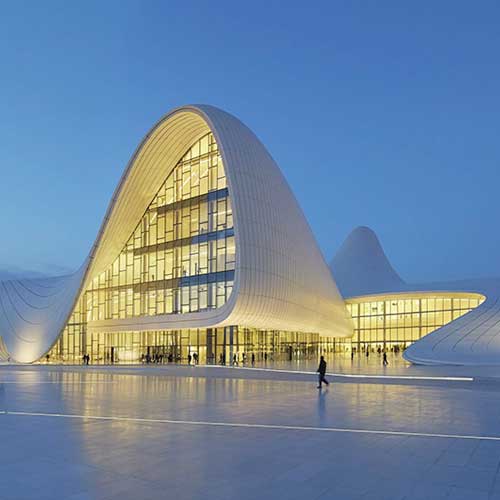 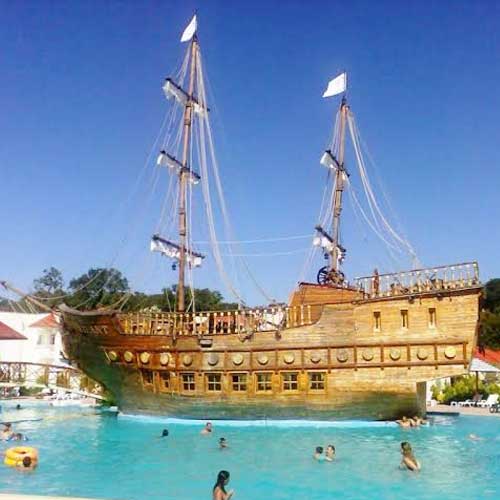 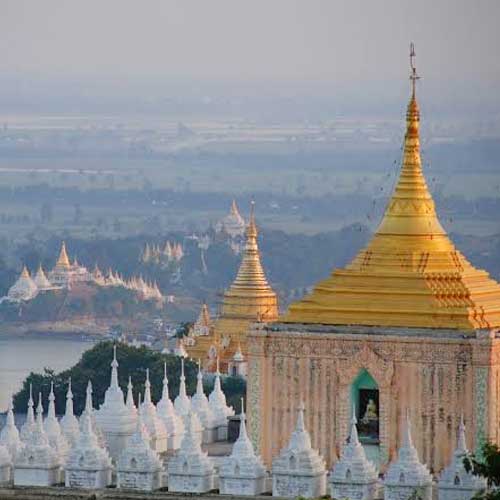 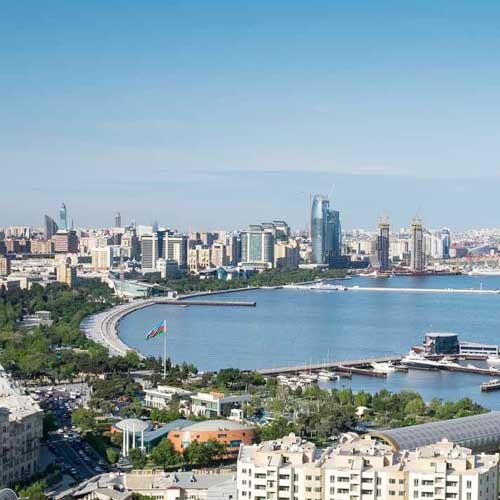 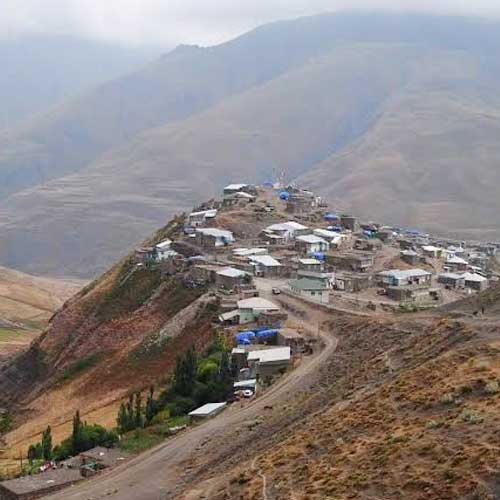 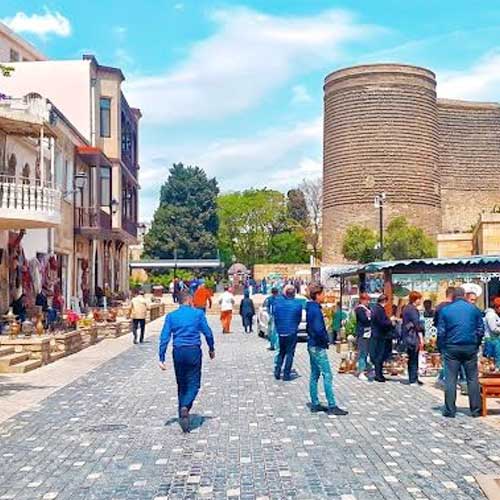 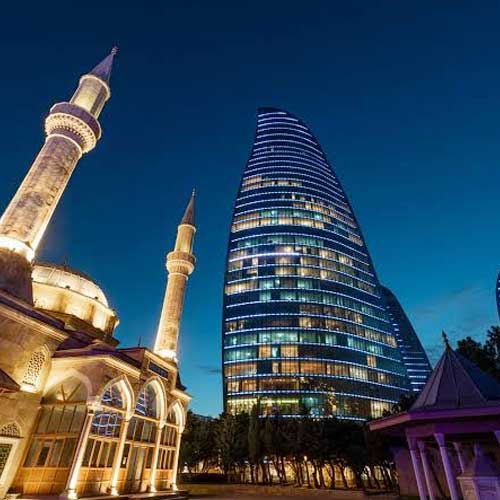 Note: Rights Of Change In Programme And Hotels Is Reserved

“Your Satisfaction is our Motto”